When I had completed a degree in psychology…really not that long ago.  Homosexuality had just barely been taken out of the DSM III (a shrink’s bible and survival guide)!  It set me in awe that within my lifetime…I could still be considered ‘freakish and mentally unstable’ just due to whom I choose to love.

Let’s make two things for certain in this lifetime:

LOVE is free.  Therefore, it is a free to be given to anyone we choose.  There is nothing psychologically incorrect in loving another human being.  If anyone else tells you other wise…they have never truly loved!

Secondly, the best way to combat homosexuality?  Quit being so fucking straight!

For months now, a giant public billboard in Minnesota has been promoting dangerous anti-gay treatments to an entire city. Looming over a popular highway, anyone driving by can see it’s message: being gay is a disease to be “cured.”

Just weeks ago, a group of brave students protested on the steps of their state’s capital to have the billboard taken down. It stayed up – but we can still stand behind these courageous kids: chip in to raise the funds to replace this billboard with one exposing the true dangers of anti-gay “treatment.”

But hurry! If we want to secure a spot on the exact same highway, we need to sign a contract as soon as possible. 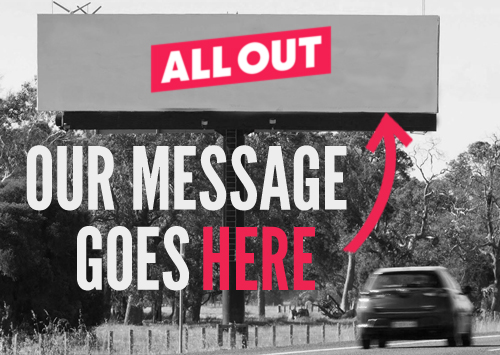 Don’t want queers? Than stop acting so fucking straight, narrow-minded and you guessed it, queer!