So what of Cat Vision?  I hadn’t been certain at first.  A television show based on a kitten’s daily routine?  Then I thought…’well, I often sit…after imbibing, and watch.  I watch and watch and watch.  Watch as my cats, bitch slap each other.  Watch as the kitten cleans in the sun.  Like a meditative voyeur…I center myself on a cat’s ability to accumulate zen…with little or no effort at all. 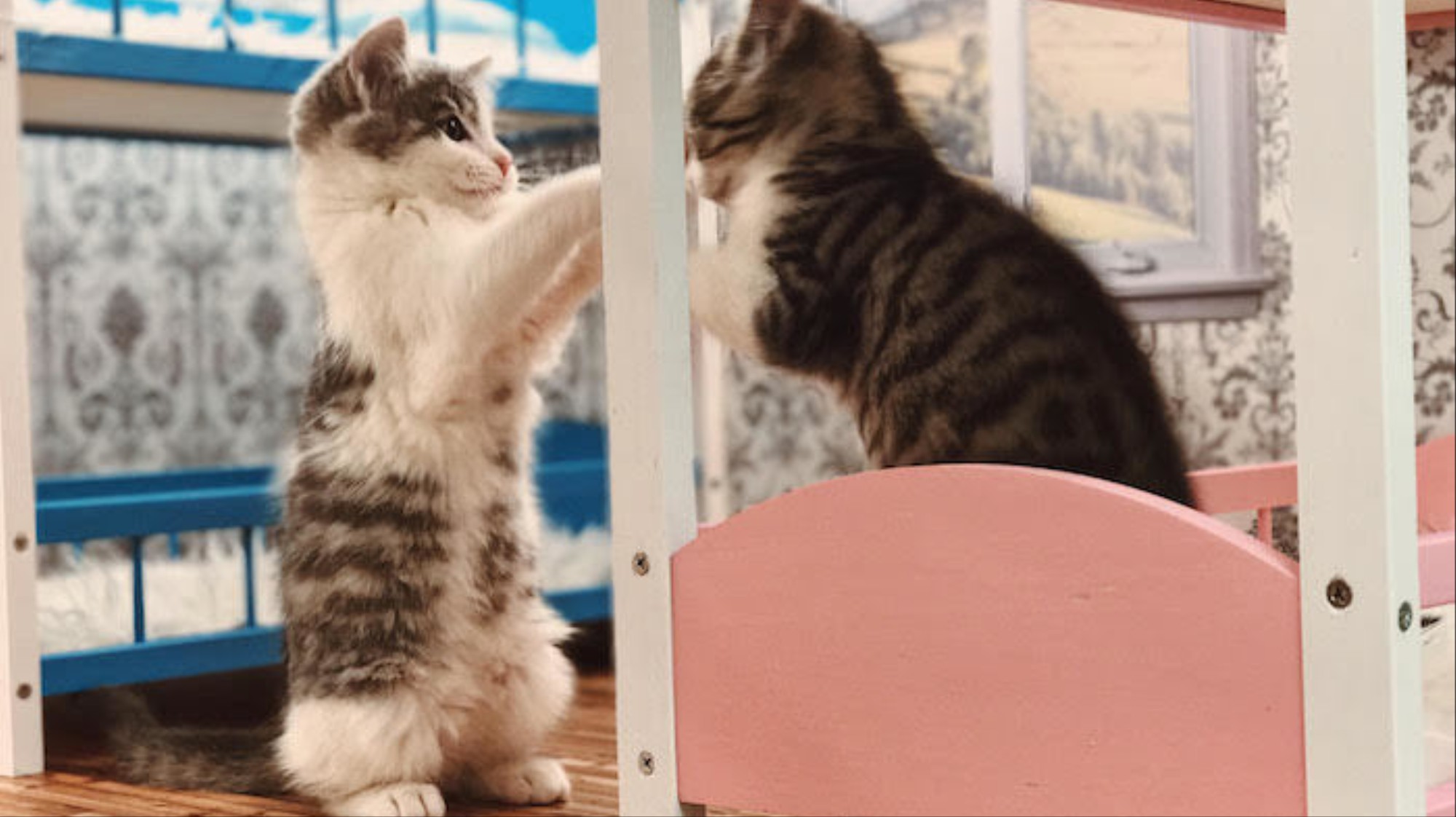 Keeping up with the…

If you spoke to Inga Lind Karlsdóttir on the phone without knowing what she did for a living, you’d probably still be able to guess that she’s the feminist producer of the world’s first online reality TV show about cats. She’s just got one of those voices. It’s warm and soft, a contrast to the famously stark volcanic landscape of Iceland, where hit show Keeping Up With The Kattarshians is based.

The show’s premise is simple: four kittens, all from a local animal rescue shelter, are made to live together in an oversized dollhouse rigged with hidden cameras. The kittens: Guðni, Ronja, Briet, and Stubbur have captivated an Icelandic—and global—audience. Though viewing figures aren’t available yet, Inga says that the show (which is available to stream online) has already attracted the highest-ever traffic to Icelandic broadcaster Nutiminn’s website.

What makes for good cat reality TV?
We like everything they do. It’s fun when they go crazy and ruin the house, but it’s also calming to watch them sleep. It’s good for the soul. There’s so much bad news we read about in the media, and terrible things are happening in the world, so it’s nice to sit there and relax and watch the kittens. At the beginning we got so many complaints about how much the kittens were sleeping—they’re always sleeping! I thought there was something wrong with the camera, but actually kittens just sleep a lot.

What will happen to the cats after the show ends?
All four cats now have been adopted, so we’re going to be putting a new litter in here in the coming days—probably next week. We’ll fix up the house, put another camera or so in there, and then have more orphan kittens ready to move in.

Producer Inga Lind Karlsdóttir says that many mocked the idea of a TV program starring kittens, but “all the people who were laughing then aren’t laughing now.”