Things I know I could have said…when high:

Thank you for evoking memories, particularly of days gone by. *BBC

I have opinions of my own-strong opinions-but I don’t always agree with them. *President George Bush

Even though there may be some misguided critics of what we’re trying to do, I think we’re on the wrong path. *Ronald Reagan

We don’t have to worry about endangered species-why, we can’t even get rid of the cockroach. *James Watt, former secretary of the interior

I didn’t intend for this to take on a political tone. I’m just here for the drugs. *Nancy Reagan on Just Say No!

Always go to other people’s funerals, otherwise they won’t come to yours. *Yogi Berra

If gays are granted rights, next we’ll have to give rights to prostitutes and to people who sleep with St. Bernard’s and to nail-biters. *Anita Bryant

I was under medication when I made the decision not to burn the tapes. *Richard Nixon

I feel my best when I’m happy! *Winona Ryder

This is the FINAL NOTICE of your member status before tonight’s fundraising deadline.

Since Boehner’s Republicans voted to sue President Obama, we’ve been working non-stop to back up the President with an UNPRECEDENTED level of support on the biggest fundraising deadline of the year.

That means we need to hit 5OO,OOO grassroots donations backing up President Obama since Boehner’s lawsuit. And we need to do it by midnight.

We’re almost there — but right now we’re coming up 17,947 short. And since we can only count donations that come in before midnight towards the goal, now is the time to act. Listen, this could make or break us right here.

Ruth — Can you step now to put us over the top?

Dear Mr. Obama and/or Poor Slob in Need of Money-

I want to thank you for the constant, insistent and ham fisted emails that have clogged my inbox and slowed my browsing speed to a stand still.  First your wife asked me for money.  Then you had Paul Rudd pestered me…’Hey, Ruth can you spare a c-note?’

After that the big guns came…Bill Clinton, Hillary Clinton and your dog, Bo, joined in:

Obama is getting sued and we need you!

Apparently the lack of response on my part, which was my way of being polite, has not sunk into your first African American President head.

My dog, Bogie, has two floors to manage and himself.  We have seven cats that on occasion…act like the Middle East, Russia, Ukraine and/or the Texas border towns nearest those pesky aliens!  For example, one cat avoids the truth…none of the other cats like her.  She is an ass and knows it.  Another cat, Towanda, believes the sun sets when she tells it to.  She pays homage to no one. Her tyrant behavior causes others in the house to believe she is in need of medication and some sort of behavioral therapy…As well as, confession twice a day for the rest of her life.

Bogie, is not a smart dog.  He tries but to be honest…We think of him as our little disabled child.

But when a cat fight breaks out in our land of misfit girls and boys, Bogie will Forrest Gump his way into unchartered cat territory and attempt to keep the peace.  Sometimes this is with force…bad breath and barks that sound like a turkey being run over by an eighteen wheeler.  Sometimes he will use decorum, offering a kiss to the women and a slap of the paw on the back to the boys.

Sir, I am sorry you are broke.  I really am.  But Bogie has more presence and back bone than the oval office janitorial chief’s of staff.

The entertainment portion of your tenure in office has been quite stunning…And, boy, don’t we all wish we could be Katy Perry’s number one fan.

The obesity problem that you and the Missus seem to obsessive over.  You know…America is fat.  Let’s feed our kids nothing but carrot sticks and tap water…Seems trite in comparison to the fact that those fats kids are eating up the publicity America’s poor should be getting.

Tea Party?  We beat them!  I thought we got rid of those bags in the harbor years ago.  Need I remind you…The beverage of choice in the United States is coffee!  Even Bogie knows that!

In ending, and in around about way, just stop writing.  I’ve printing off all your emails and handed them to Bogie to shred.  Yet, another job he is qualified for!

What I would like to ask is that you not want for money from others…But donate to your local Humane Society…It appears to me those ‘cats and dawgs’ would do a much better job of running the show. 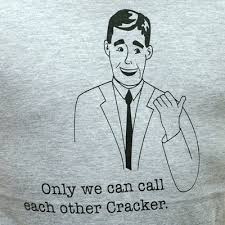 Favorite all time dumb as a stick and stone warfare in the middle of Harlem during a heat wave with no accessible fire hydrants:

“I’m a Christian first, and a mean-spirited, bigoted conservative second, and don’t you ever forget it.”

During Feminist 101 camp, Women’s Music Festivals and Lesbian Rainbow hikes, I had spotted a t-shirt that boggled my radically fit for the land of ‘misfit’ toys, way of thinking.

I had often given this well known saying, seen across the clothed breast of women I would meet.  I dare not ask the obvious, ‘what the fuck does that mean?’

For I yearned to earn my stripes as a cadet in the march on up to Free Thinker Hill.  To me the statement seemed so out there, yet so, obtuse…it must have a very slight meaning and a very heavy connotation.

I grew.  I danced naked with vast amount of varieties of women listening to the Indigo Girls near Black Mountain, North Carolina.  I trudged up Mountain Washington, New Hampshire to set my stake, as many have before me, a stake of rainbow pride.

Well traveled and thoughtlessly not as well versed as I thought.  Gloria most poignant statement to any woman.  Any young girl with pride in her G.I. Joe collection.  Any pre-teen learning to play, ‘I am Woman’, on the piano…

To any of us who care to change from within an accept that the obvious oblivious in society is something that can be changed:

“A woman without a man is like a fish without a bicycle.”

If I had to I could do anything…I am proud to be a fish out of water and am in no current need for a man’s help or a bicycle!

There are so many things I would say if I were able…
Guess, I’m at least, always able to give everyone a right to my opinion…

Turn the fuckin’ blinker off. Stop telling everyone about your boss being a Jewish carpenter. If that truly was the case…he was a jack with little trade and a master of misalignment between good things happening to bad people and bad things happening to good people.
Pull your soiled in need of a good soaking in a bucket of bleach for a week, tighty whities up!
Granny panties are made for…you guessed it, granny’s. Homage to Michael Jackson is akin to offering a virgin to Bill Clinton.
Obama, yeah, you’re right, he’s not white. Did he forge his birth certificate to make a sand castle in the wind storm George left behind, yup!
You can’t cure gay, stupidity, conformity and middle aged men from driving sports cars from the eighties with vanity plates. Sex is good. I don’t care what the Catholics say.

Mostly, what really is on the top ten list of acts of random rigid thoughts and senseless acts of defriending?
Blaming nature and nurture for all the sadness in the world just isn’t cutting the Grey Poupon….
My father is an ass…I turned out okay. A little different from all the rest but still holding on to half a deck of cards with one joker missing.

You’ve got opinions, man
We’re all entitled to ’em
But I never asked

I hate to break it to you, babe
But I’m not drowning
There’s no one here to save

All my life
I’ve tried
To make everybody happy while I
Just hurt
And hide
Waitin’ for someone to tell me it’s my turn
To decide.

Let me hold your crown, babe.