In the secret space of dreams, where I dreaming lay amazed.
When the secrets all are told, and the petals all unfold.
When there was no dream of mine, you dreamed of me.

I understand my darkness may never go away.

I carry it as a shadow…everyday.

Little is the fluctuation between the fair hair and the red skin.

Yet, there is no difference between the thin.

The thin line between love and hate.

My road is forever rocky…never straight.

What is going on in our world?  If I were traveling abroad…I would be ashamed and embarrassed to call myself, American.  Throughout history, it is apparent that diversity has had it’s adversity.  Yet, the year is 2018!  And, though we are a nation that has been built on assorted characters from a crayon box…Here we sit.  Pondering how adults can bully other adults.  How we can elect officials into office that have obvious trails of hatred…leading to their government paid position.

It is time to take a stance beyond refusing friend requests on facebook! 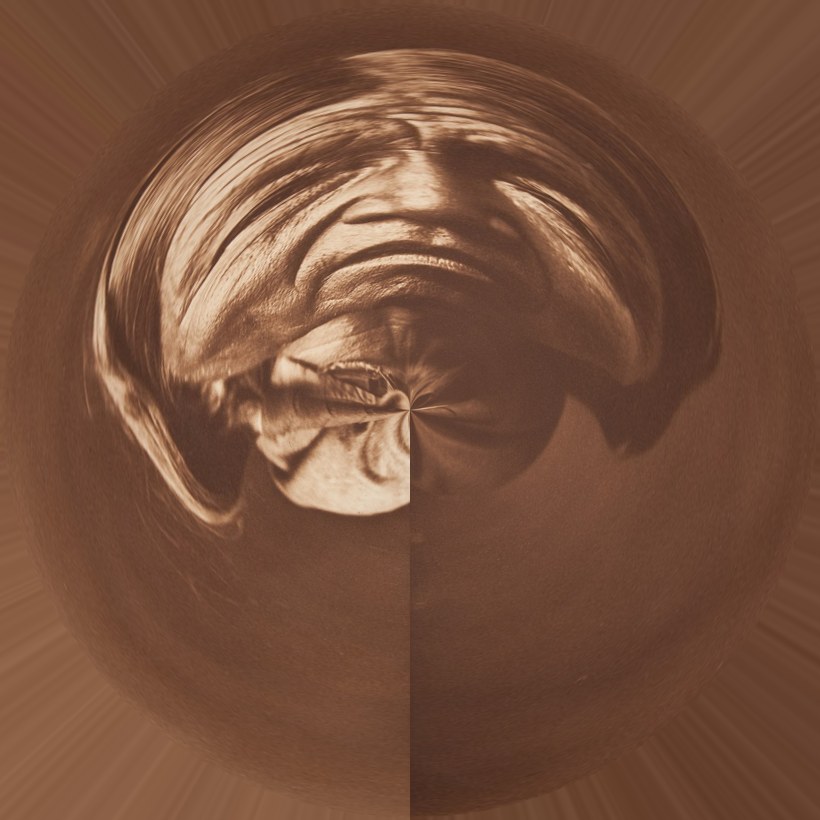 Kansas Republican official is under fire for a social media post in which he called a Democratic congressional candidate a “radical socialist kick boxing lesbian Indian” and predicted she would “be sent back packing to the reservation,” The Kansas City Star reported.

“Little Ms. Pritchett – you and your comrades stealth attack on Yoder is going to blow up in your leftist face,” Kalny wrote in the Facebook message, according to a screenshot shared by Pritchett. “The REAL REPUBLICANS will remember what the scum DEMONRATS tried to do to Kavanaugh in November. Your radical socialist kick boxing lesbian Indian will be sent back packing to the reservation.”

Pritchett told the Star she was “stunned” by the message. She said she thought Kalny sent it in response to comments she left on Yoder’s Facebook page, which she characterized as “hostile.” But the Star was unable to find any comments from Pritchett on Yoder’s page from the last two weeks.

“What is this lady trying to accomplish?” Kalny asked when contacted about the message by the Star in a phone call. He then told the paper that he had to speak to an attorney and hung up.

Kalny and Pritchett did not immediately respond to USA TODAY’s request for comment.

C.J. Grover, a spokesman for Yoder said, “Kevin doesn’t believe this type of rhetoric is appropriate at all. It’s unacceptable.”

“These kind of nasty personal attacks are all too prevalent in politics these days, and it needs to stop,” Grover told the Star.

The Cook Political Report currently lists the race between Davids as Yoder as “lean Democrat.” A Davids victory would make her the first openly gay representative out of Kansas and the first female Native American member of Congress, the Star reported. 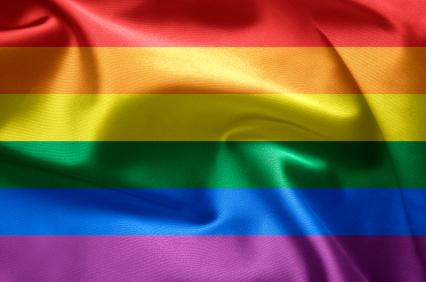 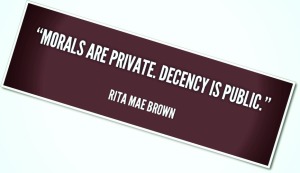 I do not know how to; grow old, grow tired, walk with a limp, acquire a handicap plate, give in, give up, etc.  The tools given…unto me were…

the Good Bible…and the Bad Bible

Heterosexuality…Did not do me any good other than…Realize, blow jobs were gross.

Blonde hair…Which I use as a crutch, when in error of;  Wondering which side the gas tank is on…On my moped.

I am sure there is more.  But as my mother has always told me…during several stages of verbal abuse from my father…

‘You have always had a flair for the dramatic…Oh, by the way, did you know you had a cold-sore.’

Fortunately, I follow, blogs, authors, both here and there.  Who can guide me to a better understanding of self!  If there is such a thing!

As for loving woman, I have never understood why some people had a fit. I still don’t. It seems fine to me. If an individual is productive responsible, and energetic, why should her choice in a partner make such a fuss? The government is only too happy to take my tax money and yet they uphold legislation that keeps me a second class citizen. Surely, there should be a tax break for those of us who are robbed of full and equal participation and protection in the life of our nation!

We were heading to the Blue Ridge Parkway.  Just outside of Asheville.  I had grown to love the transient south.  I had grown to despise the denizens of Madison County.  Perhaps, on a more global scale, I had began to dislike all things not so well hidden.

Having been bred white to a catholic mother and pretend catholic father; we, as a family, never acknowledged those of different backgrounds for being…not quite like  us.

That confirmation, verbally, would not be deemed ‘appropriate’ and certainly, not how polite persons conducted themselves.

The misnomer in the south, as far as, this lesbian had been concerned?

Not only were African-Americans able to do whatever they pleased, or so I had been taught; Gays, minorities, immigrants, persons living at the poverty level and, Mexicans, were all given the same rights as every other American.

This sort of ‘fake’ news…had been all I knew of the ‘real’ south!

I lived in tobacco country.  And, it was not unusual to see, hear and/or sense, that this equality for all, was just another line of bullshit fed to a public that loved to eat someone else’s fecal filled donuts.

While attempting to navigate the Blue Ridge Parkway, just outside of Black Mountain, North Carolina; myself, my love interest, a gay man named, Tye and his friend, Diego…found ourselves to be ‘lost potheads’ without a cause.

Kim, my friend for the night, had recommended we take a ‘quick’ drive thru a ‘bit’ of the parkway…to clear our heads.

Indeed, that is, Hippie speak for,

“I want to get high and commune with nature!”

Up around the visitor’s center, at approximately, two in the morning, our little caravan found itself the subject of Parkway Police…interest.

Certainly, the well navigated thoroughfare was not shut down for banker’s hours.  The Blue Ridge was a major route for many going to work, play, the movies, etc.

Our brand of ‘chaos’ did not break the law in respect to traveling the barren road…whilst it was closed.

But my group of misfits made the, not mistake, of traveling with a person who did not look ‘American’…and, with a car window that had been broken out!

The broken out car window to the ‘witnessed to much bad driving’ elderly Escort…is a story for another time.

Needless to say, and to stay on point, the Escort and the better tan than myself, Diego, had been all the cops needed.

I had once read or been told about this senator from North Carolina, Jesse Helms.  Aghast, I could not believe that such a man still existed.  And, to say the least, others of deep bigotry, must still exist…for Helms had many supporters.

I offer a quote from Jesse, as evidence exhibit A:

“The government should spend less money on people with AIDS because they got sick as a result of deliberate, disgusting, revolting conduct.”

Either way, twenty-five years ago, Jesse had been all the rage.  More importantly, many were elected to smaller official positions to carry on his work.

In offering the above description, it should be noted that two of the ‘Parkway’ police seemed to be big supporters of Helms.

It takes quite a bit to scare me.  I grew up in an abused home.  I had been gay in a very catholic family.  I went to Narcotic’s Anonymous meetings during Bike Week.

I have only been in fear for my life, on a few occasions.  One of them being…that early morning on the Blue Ridge.  With little time spent, two other squad cars arrived.  My posse and I were told to remain in the vehicle.  When the police deemed the situation…safe enough to venture in; a loud-speaker came on.

‘Come out of the car with your hands up!  Place yourselves in the kneeling position behind the car.  Do not move.  Any move will be considered a threat.  And, taken care of…according!’

Two items of note, if you ever find your, peace-loving, tree hugging, self, in the kneeling position with guns pointed at you…

I could go into detail.  But this will be brief.

The COPS came, they saw, they conquered.

Kim and myself?  Well, it took weeks to wash away the ogling and dyke statements!

I avoid watching the News, currently.  I know what is going on!  I am not uneducated.  Bigotry is back.  For that matter, it never went away.  Banning persons for their religion, color, tastes, nationality; is now fashionable…again.

What frightens me?  As it had, not too long ago…

The supporters.  The, ignorance is bliss, mentality.  The Americans, most of which were immigrants, at some point or another:

Are themselves, pulling people over with no real reason for detainment.  Other than a need for superiority!

The river said la la la
Shame on you

You can hear them singing la la la
Shame on you

You can feel them dancing la la la
Shame on you

They’ll be singing ooh la la
Shame on you

I said…
Shame on you

#Indigo Girls – Shame On You