At 50 plus…I have given up on Santa, the Tooth Fairy, the Easter Bunny!  It is the unfortunate demise of my wishful thinking.  Further leading to my believing in magic demise?  I am an American living in the land of uncertainty.  A land corralled by a orange man with a toddler’s English.

When I first read this story…of course, I did not believe!  Yet, somewhere in my childish ways, I wanted desperately to believe!  I had been brought back to the time my family had a ‘pet’ raccoon.  He would come by daily and eat marshmallows out our hands.

One day the magic ended one day and ‘Rocky’ never returned.  Perhaps, he got tired of the junk food.  Perhaps…he tired of our strange, human behavior.  Yet, as a pre-teen…I wanted to believe, Rocky was with another family.  Bringing them joy and magic!  I suppose…even as a middle aged woman…I still want to believe in magic. 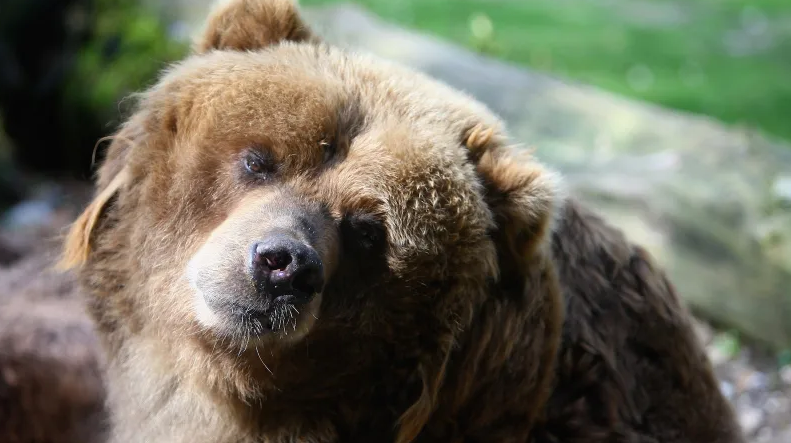 Last week, a three-year-old North Carolina boy went missing in the woods. Toddlers are notoriously bad at taking care of themselves even in the best of circumstances, but freezing temperatures lowered his odds of survival from slim to practically none.

But then, two days later, he was found! Crying, yes, but unharmed. Rescuers pulled young Casey Hathaway out of some bushes he’d become stuck in, and later, when he was safe, asked him what had happened. According to The Guardian,

Casey told police he survived due to the presence of a black bear, which kept him company. The boy repeated the story to his aunt, Breanna Hathaway.

“He said he hung out with a bear for two days,” Hathaway wrote in a Facebook post. “God sent him a friend to keep him safe. God is a good God. Miracles do happen.”

Personally, I believe Hathaway when he says a bear kept him safe from the elements until help arrived. “Real” bear experts are not convinced, or at least, that’s what they say. Chris Servheen, a bear researcher at the University of Montana, insists that Hathaway made the whole thing up:

“Wild bears aren’t friends with people. I don’t want to say he’s not telling the truth, he obviously thinks he’s seen things and maybe he’s got a teddy bear at home. But I’ve seen no evidence anything like that has ever happened.”

“I don’t want to cast aspersions on the child but I think the little boy had a fantasy. The bear wouldn’t feel sorry for him, thinking he’s alone. That’s ascribing human characteristics on wild animals, which is anthropomorphism.”

I realize Servheen is only trying to dissuade people from going out and trying to befriend wild animals, and to that end: OF COURSE THIS IS FAKE. HA HA. STUPID KID.

But history and YouTube contain innumerable examples of interspecies relationships, and I know, in the quiet of heart, that a bear rescued that child. I am not saying anyone should toss their kid outside, assuming a friendly bear will show up and babysit it for free, because that won’t happen! You can’t engineer this stuff.

But tomorrow, when you wake up to the latest news about Trump felling a virgin Amazon rainforest so he can build his border wall entirely with the teeth of endangered Pygmy sloths, and you think that there must be no good left in this whole accursed world, remember: A bear saved a child from dying in the woods. And you will feel at least .005 percent better.

She thinks my words are obscene and, peppered with perfection.

She is in awe of how I prepare for accidents and incidents…I cannot control.

The records she keeps are of all the mistakes…I have yet to own.

In and out of our blind-spots…

I may believe love too often tragic.

She frequently believes any love is mystical and some sort of magic.

Tighter than the bark on creativity’s tree.

the same can be said, for tranquility.

The worse of times.

The best of times.

All windows looking out…from my mind.

And, for myself, along with the same of similar skin…

Alas, these are the moments I should cherish most.

Being in the house, as a ghost, with no need for a host.

I am certain of no uniqueness in this endeavor.

Just as certain that I am of…

I would wait for the other shoe to fall.

But the door is accusing the window of…

at the ghost down the hall.

“The world is full of magic things, patiently waiting for our senses to grow sharper.” Yeates

“Magical places are always beautiful and deserve to be contemplated … Always stay on the bridge between the invisible and the visible. ” Coelho

Magic can be found in stolen moments.” Block

What is politics, after all, but the compulsion to preside over property and make other peoples’ decisions for them? Liberty, the very opposite of ownership and control, cannot, then, result from political action, either at the polls or the barricades, but rather evolves out of attitude. If it results from anything, it may be levity.

If civilization is ever going to be anything but a grandiose pratfall, anything more than a can of deodorizer in the sh*thouse of existence, the people are going to have to concern themselves with magic and poetry.

Reality is subjective, and there’s an unenlightened tendency in this culture to regard something as ‘important’ only if it’s sober and severe. Your Cheerful Dumb are not so much happy as lobotomized. But your Gloomy Smart are just as ridiculous. When you’re unhappy, you get to pay a lot of attention to yourself. And you get to take yourself oh so very seriously. Your truly happy people, which is to say, your people who truly LIKE themselves, they don’t think about themselves very much. Your unhappy person resents it when you try to cheer him up, because that means he has to stop dwelling on himself and start paying attention to the universe. Unhappiness is the ultimate form of self-indulgence.